If you have been driving a truck for any amount of time then you have probably found yourself overloaded at some point. Shippers are moving more cargo faster than ever and many times it is the driver that has to deal with the consequences. With weight limits and road restrictions it's hard for drivers to know how much they are actually hauling. Trying to figure out how much a truck weighs is a job itself. Mechanical pressure gauges read different from trailer to trailer and trying to remember calibrations is almost impossible. If a driver finds out they are overweight the whole day can be wasted trying to fix the issue. Below are some of the cost that are hidden when being overloaded.

In-ground truck scales are currently the best way to determine if a truck or axel is overloaded. Many scales are certified and can tell with a high degree of accuracy that a truck is over weight. The problem, however, is that scales are always out of the way. In many cases the nearest scale is over 30 miles from the point of loading. Scale tickets cost $13.00 each time a driver uses them. Most of the time it is just to see if they are inside the legal limits. This peace of mind can cost drivers over $65 per month if they scale more than 5 times.

Backtracking to the Shipper

If a driver is overloaded then they need to head back to the site to get something rearranged or removed. This is where productivity begins to suffer. The time it takes to drive the load to the scale and the time it takes to drive it back eats into available driving hours. Before the use of ELDs, events like these typically got erased. Today that is no longer an option and drivers try to rush to get the truck underloaded so they can try to make up lost miles. A 4 hour setback cost the average driver $96 in lost wages and cost the company over $400 in lost productivity 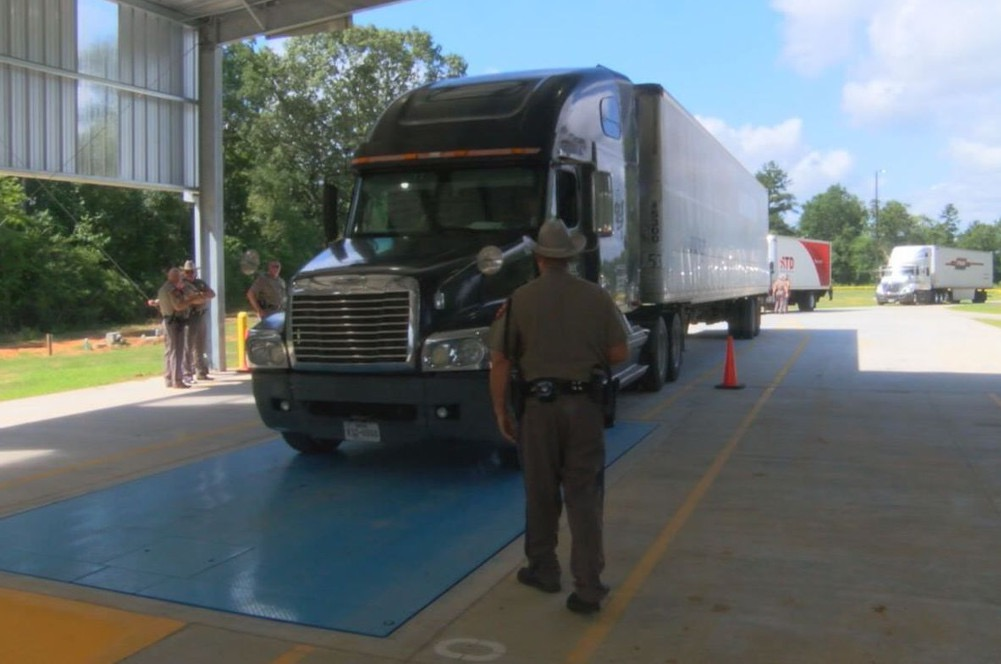 Finding out you are over weight at a weigh station is not a good feeling. Fines for being overloaded vary from state to state. Some states may issue a $20 fine which will typically end up being $175 after "penalty assessments" and "court cost" while states like Rhode Island will charge $65 per pound that a truck is over its legal limit. Fines in these states can completely wipe out any profitability a driver or company was going to make on their run. In some states being overloaded is a criminal act. Shippers that unknowingly overload trucks can be putting drivers at risk of getting a criminal record which can be damaging for a lifetime.

Sometimes a perfect storm of unfortunate circumstances hit and in the process of driving back to a site to get a load adjusted a driver discovers that the shipper has closed for the day. Not only has the carrier paid for a scale reading to get bad news about being heavy, now there is no way to fix it. If this type of situation is on a Friday even more problems occur. This is where drivers and carriers face a moral dilemma. Drivers can't fix their loads, which means they can drive legally, which means they aren't making money all while they are missing delivery windows and taking a hit on their reputation.

The solution to this problem many times is using side streets and highways to avoid weigh stations and the DOT. With the use of portable scales today many law enforcement officers are able to weigh trucks at roadside and catch more drivers in the act. If a driver knows they are overloaded and tries to take this route the consequences can be extremely harsh both financially and professionally.

Carriers and drivers who miss delivery windows risk losing business with shippers and receivers. In our on-demand economy if goods aren't delivered on time then the blame gets shifted and usually ends up pointing at the trucking company. If shippers goods don't get picked up or receivers can't deliver products to customers most likely the blame will fall on transportation instead of poor inventory management. This hurts the dispatch ability to book future loads with customers and shrinks their pool of available loads to haul. In a market as competitive as trucking a good and dependable reputation is worth more than gold.

With all of the complications that come with knowing a loads weight, this is one of the most expensive and time consuming events in a drivers day-to-day. Every mile that a truck drives  overloaded compounds the cost with fixing the problem down the road. Knowing the vehicles gross and axle weights at the point of loading can prevent lost miles, scale tickets, fines, and a damaged reputation. There are cost effective tools that carriers and drivers can use to get a much better idea of how much they are hauling. Onboard truck scales that attach to the trucks springs or air suspension can get pretty good results and are significantly cheaper than the alternative. Some solutions can be accurate with in 300 pounds which can mean the difference between comfortably knowing you are safe and needing to take a little off.