The turnover rate is often cited to be over 90% within the trucking industry. This is an alarming number for carriers trying to recruit drivers and avoid the truck driver retention problem. However, the American Trucking Associations explain how that figure is often misconstrued. Drivers aren't leaving the industry at that rate, but rather they are hopping between companies.

The driver retention issue is more about drivers moving on to different carriers seeking better opportunities. Considering the growing shortage of drivers, it’s worth noting why they’re carrier-hopping.

Little pay and no reward for trucking

Truck driving is one of the few jobs that pays a decent income without a college degree. Despite this, there are a few disadvantages. The Bureau of Labor Statistics reported the median pay for heavy and tractor-trailer truck driver year, which is about $23.23 per hour.

That figure doesn't take into consideration many truck drivers work a 60–70-hour work week. They are not paid for the time waiting to load/unload their hauls and often not compensated for overtime. Sometimes no health benefits are offered by their employer. Drivers often pay for their own fuel out of pocket. And there are some who work on the road for days, even weeks, at a time.

Reasons for the driver shortage

According to the American Transportation Research Institute, chronic driver shortage is one of the industry’s main concerns. The US suffered a record shortage of 80,000 drivers in 2021. Here are some reasons why this may be: 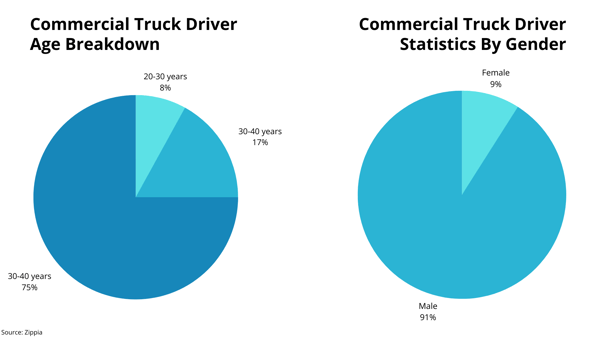 You can build an easy incentive around items like these and reward the drivers who take the challenge on and succeed. It makes the time less mundane and helps build a positive new habit, all of which is great for driver retention.